World Records as such are not recognized by the International Rowing Federation because of the great differences affecting the various courses. Only World Best times are counted and the condition is that the race must have taken place at a course that have held World Championships, Olympic Games or World Cups since 1980.

The German eight is celebrating their new world best in Poznan in 2017. (Source: rudern.de) 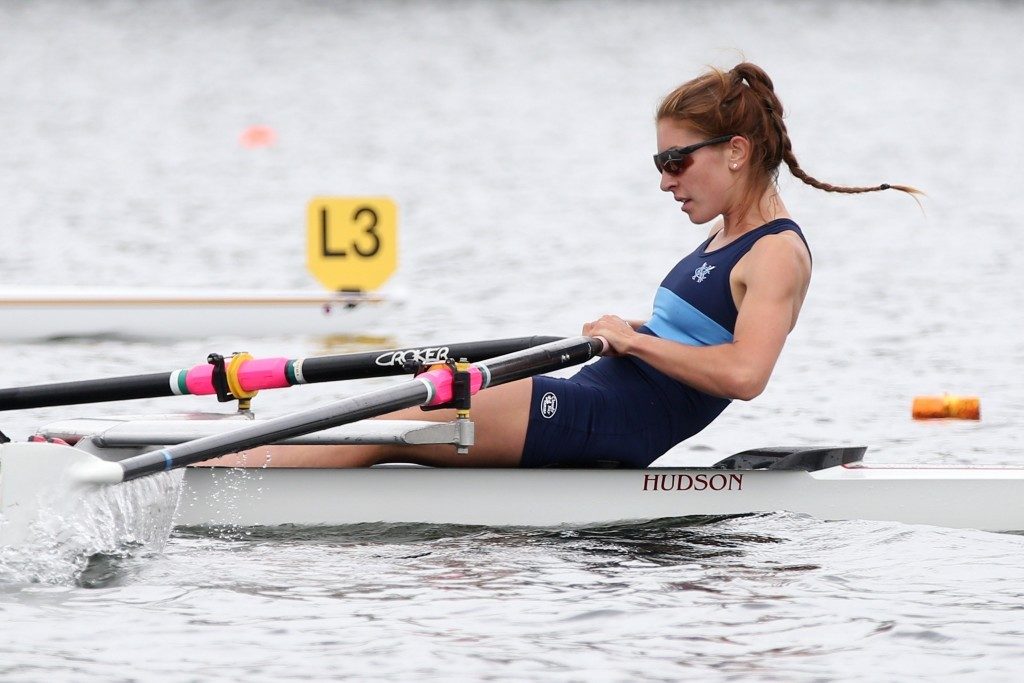 Zoe McBride eradicated a 21 year old best when she rowed 7:24,46 in the womens lightweight single sculler in Varese on June 20th 2015. (Source: insidethegame.biz).