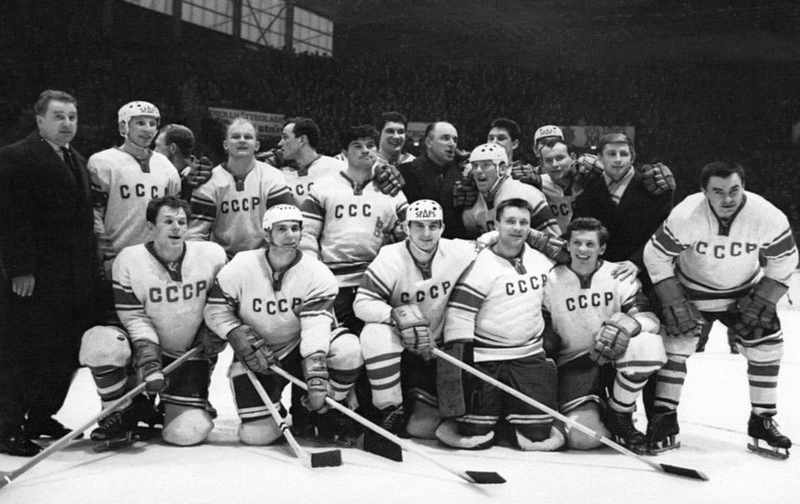 Soviet Union was a force to be reckoned with in the hockey world. Here are the 1963 champions. (Source: hockeygods.com).