Home Olympic Games Did You Know

The Winter Olympics: Fun facts (or did you know?)

1 – The following six sports have been present at all Winter Olympics, i.e. since 1924: Cross country skiing, figure skating, ice hockey, nordic combined, ski jumping and speed skating. Actually, figure skating and ice hockey have an older Olympic history than that. The first mentioned was an event at the 1908 Summer Games in London and again in 1920, and an ice hockey tournament was held in 1920 at the Summer Games in Antverp, Belgium. 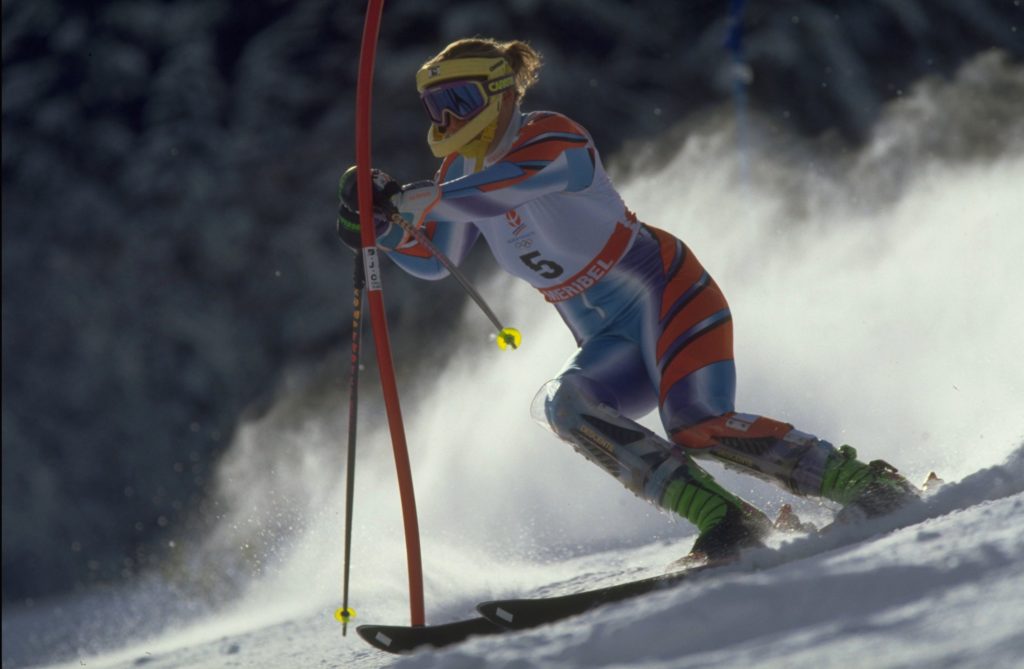 3 – 47 countries have secured a place among the first eight in the history of the Winter Olympic Games. Norway leads the table, with Moldova bringing up the rear with just one point (Natalia Levtjenkova in Biathlon womens individual race at the 2006 Games in Turin, Italy) . In 1924 14 countries earned at least one point, in 2014 this had risen to 32.

4 – The first person to earn a gold medal in a Winter Olympic event was the Swedish figure skater Ulrich Salchow in the mens singles on the 29th of October at the 1908 Summer Olympics. The first at an exclusive Winter Olympics was Charles Jewtraw of the USA, winning the 500m mens speed skating event on the 26th of January at the 1924 Winter Olympics. 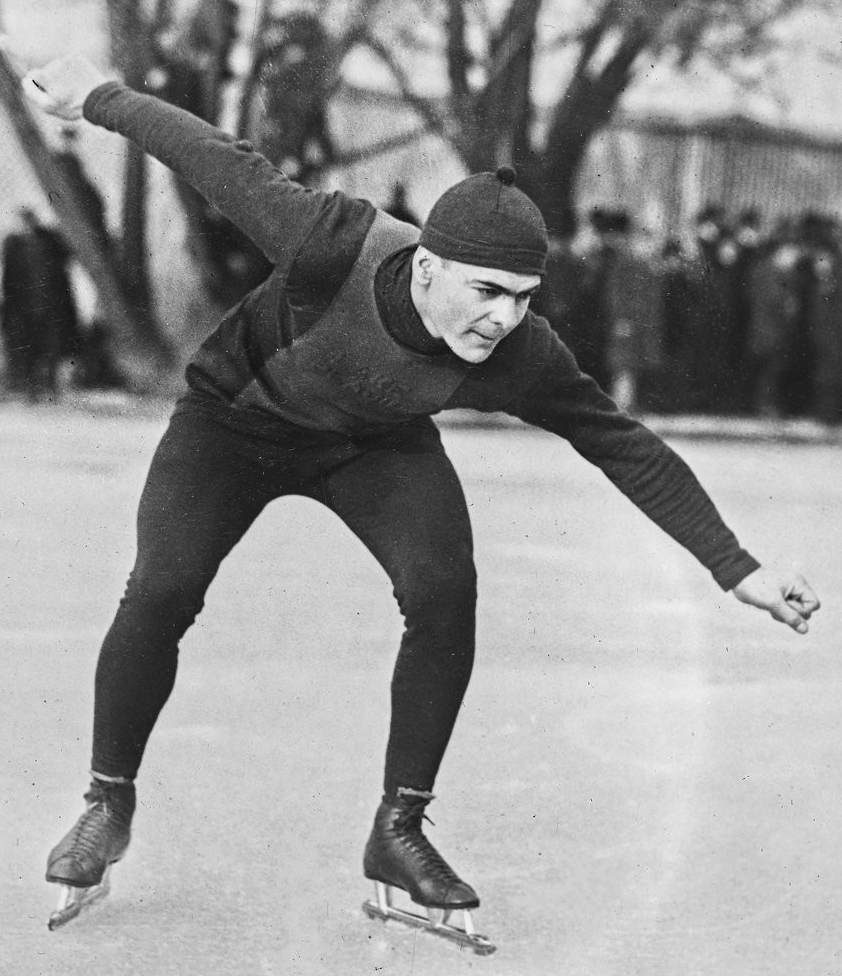 5 – How the Winter Olympics have evolved can be seen by these figures. In 1924 in Chamonix, France 16 events in nine disciplines were contested. In 2018 this has risen to 102 events in 15 disciplines.

6 – The torch relay for the 2018 Winter Olympics began in October 2017 in Athens, Greece. In November 2017 it entered Korea. The number of torch bearers are 7 500 to represent the 75 million population in Korea. 2018 support runners assist the torch bearers. The first time the torch relay was held in connection with a Winter Olympics was at the 1952 Games in Oslo, Norway. However, that time the relay was held within Norway. Only beginning in 1964 did the torch relay for the Winter Games start in Athens, Greece.

7 – The 2018 Games is the third time the Winter Olympics comes to Asia. The other two times were in Japan; Sapporo 1972 and Nagano 1998. The 2022 games will again be held in Asia as Beijing, China will be the host. To top it off, the 2020 Summer Games will be held in Tokyo. So, three-times-the-charm for Asia!

8 – There have been some close calls in Winter Olympic history in terms of narrow winning margins. Indeed, in the 1972 mens doubles luge competition Paul Hildgartner and Walter Plaikner of Italy and Horst Hörnlein and Reinhard Bredow of East Germany ended on exactly the same hundredth of a second after the two races! The gold medal was split. In 1980 in the mens 15 km Cross country skiing race Thomas Wassberg of Sweden beat Juha Mieto of Finland with just 1/100 of second to win the gold. It has been said that Mr. Wassberg offered to share the gold medal with Mieto but the giant Finn would have none of it. He argued that Wassberg had won the race fair and square and that was that. Now, that is sportsmanship! 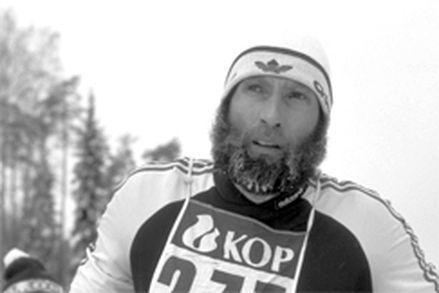 9 – As with the summer Olympics there have been some controversial decisions in Winter Olympic history. The pairs figure skating event at the 2002 Games in Salt Lake City, USA can be mentioned. The Russian pair Elena Berezjnaja & Anton Sikhuralidze originally won the competiton with 5 of the 9 judges ruling them first. However, popular assessment at the time ranked the Canadian pair (and crowd favourites) Jamie Salé & David Pelletier as best. Later, the French judge Marie-Reine Le Gougne admitted that she had been pressured to put the Russians first. (She later recanted this). She was immediately disqualified and the International Skating Union along with the IOC decided to award the Canadian pair a gold as well. No lengthy investigation into these state of affairs has ever been conducted.

10 – The amateur issue has also been in focus in the Winter Olympics, for example in ice hockey. Canada refused to send a team in 1972 and 1976 as they claimed that the Communist countries could play with state sponsored professional teams and get away with it. Subsequently, the ice hockey tournament for men was from 1956 to the end of the 1980’s dominated by the Soviet Union. During this time they lost out on the gold on only two occasions: bronze in 1960 and silver in 1980. The latter was due to the American “Miracle on Ice”, when the USA amateur team beat the giants from USSR. 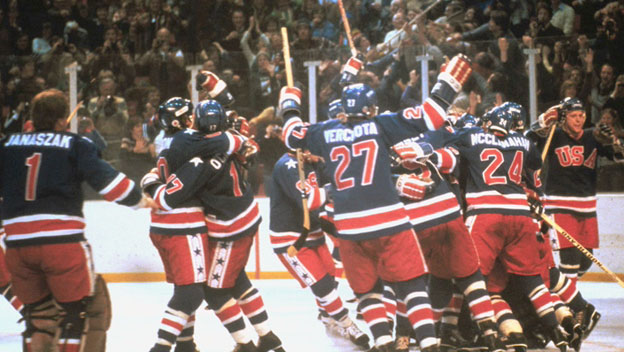 The American team celebrates their surprising gold at the 1980 Olympics. (Source: history.com).

11 – The Pyeongchang 2018 Olympic mascots are called Soohorang and Bandabi. Soohorang is a white tiger and Bandabi is an Asiatic black bear. The concept of having a mascot for the Olympic games began at the Winter Games in 1968 in Grenoble with Schuss (a sort of stylized skier). From 1976 and onwards a mascot have been present at both the Winter and the Summer games.

The mascots of the 2018 Winter Olympics: the white tiger Soohorang and the Asiatic black bear Bandabi. (Source: snow-online.com).